Chemistry Laboratories is an independent film production company founded by Jason Neulander, based in Austin, Texas, and focused on projects that get under your skin. Our work balances relevance, meaning, and entertainment with the goal of reaching the broadest possible audience.

Jason Neulander is an award-winning theatre artist, filmmaker, and producer based in Austin, Texas. He founded and was the artistic director of Austin’s premiere producer of new plays Salvage Vanguard Theater from 1994 to 2008. Over his tenure he directed and produced more than 50 world-premiere plays, musicals, and operas, and grew the company from producing in rock clubs to building its own facility with two theaters, a gallery, office space, and rehearsal rooms. Writers whose first professional productions he produced there have gone on to Broadway and major television series.

His transmedia sci-fi multiverse The Intergalactic Nemesis, which he wrote, directed, and produced, premiered in 2010. It takes the form of graphic novels, a YouTube series, podcasts, audio dramas, novels, and a live theatrical tour. From 2011 to 2017 the tour played more than 200 venues around the world, including runs on Broadway and sold-out performances at the Kennedy Center, and was adapted for television by PBS. It has been featured on NPR’s “All Things Considered” and TBS’s CONAN (with Conan O’Brien as a performer), and was the subject of a PBS documentary.

In 2015, Neulander began working in film. His first short film Hit & Run was selected for the Texas Filmmakers Showcase. His second short, Buttercup, premiered at the Maryland International Film Festival and was broadcast on PBS’s “On Story”. His award-winning debut feature Fugitive Dreams received its world premiere at Fantasia Film Festival, US premiere at Austin Film Festival, and European premiere at Tallinn Black Nights Film Festival to rave reviews. It was listed third on The Austin Chronicle’s Top Ten Festival Films of 2020. His feature The Transgressors, a Western inspired by The Iliad, is in development.

“A seemingly inexhaustible ability to surprise. And thrill. And horrify. And amuse. And intrigue.” – The Austin Chronicle 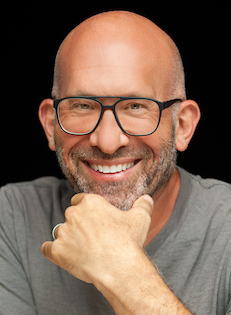